What unites them all is the unique path their plays follow, a feature of the entire Moldovan dramaturgy: the transition from the absurd to the concrete, to a document theater style. Before 2000, the majority of Bessarabian playwrights wrote in the style of the theater of the absurd, but this can be explained as all of them were strictly- speaking not playwrights, but were transferring into writing for theatre from other fields of literature. After the first staging of the texts, they felt there was a need for something else, for a breath of fresh air, and they began giving voice to reality, letting it speak out the pains of reality. This immediately hooked on the audiences.

Of the great sorrows transduced into theatre plays is, inevitably, the war. A theme encountered, for example, in Irina Nechit’s “Waltz for Tanks”, a play about the Russian-Moldovan war in Transnistria, written in a grotesque manner, but still reaching its objective, that of offering a good history lesson and highlighting the horrors of a war, along with the linguistic problem in the Republic of Moldova. In “Waltz for Tanks”, protagonists are forced to speak the language Romanian. By death. 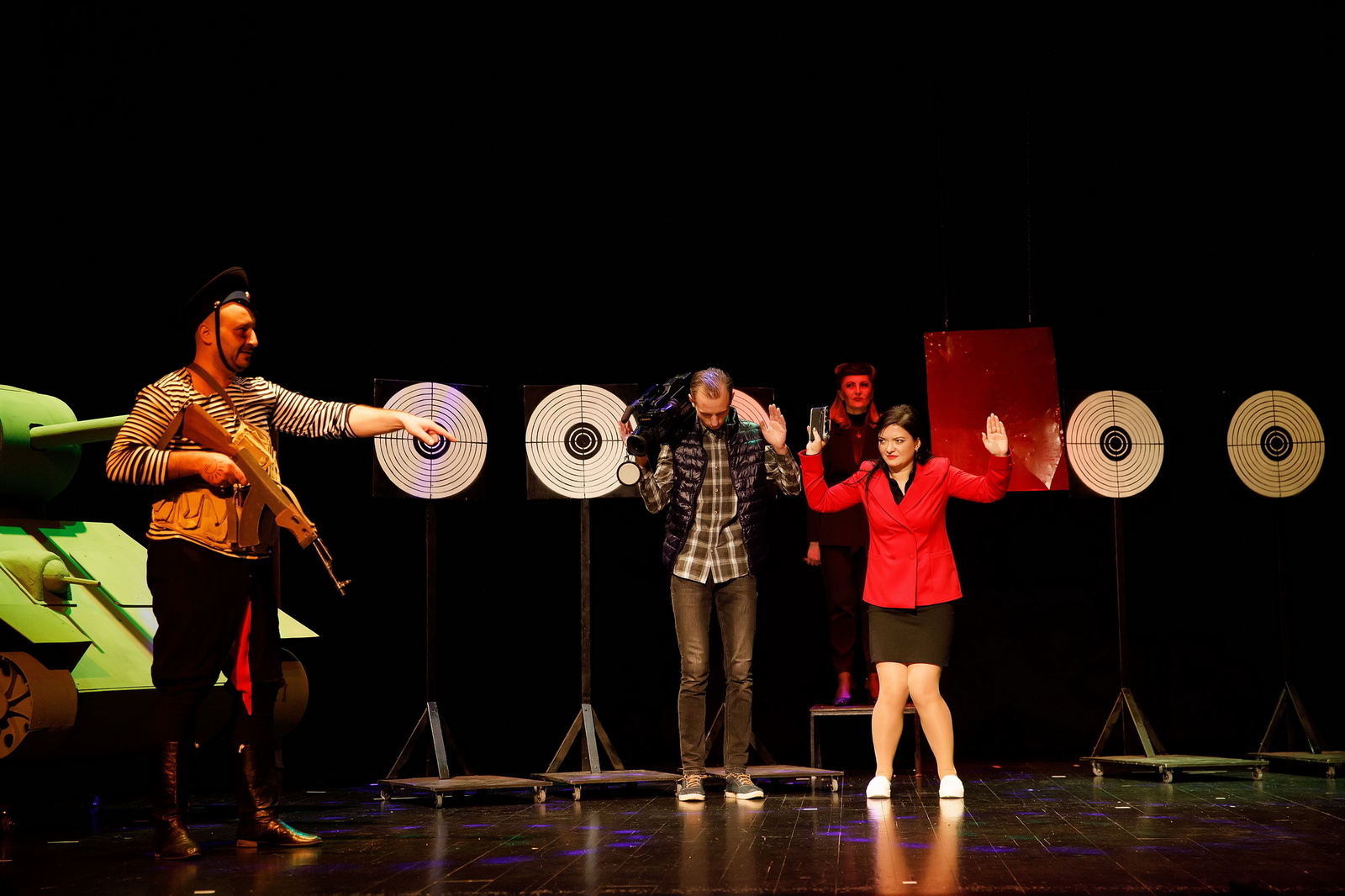 Vlad Grecu’s play “C Major cu Paula”, recipient of the UNITEM Award for best play in 2015 is also about the war on the Dniestr. This two-act comedy is written from the heart of the real tragedy, as Vlad Grecu participated as a volunteer in this war.

On an absolutely dramatic, even tragic note, Constantin Cheianu also addresses this same topic in his play “This Country Has Forgotten About Us”. He goes even further and presents – in addition to the horrors to which the Moldovan combatants were subjected, in addition to the vulnerability of the system in Republica Moldova facing Moscow and the resistance of the Moldovan soldiers – the present situation of the war veterans: their merit unrecognized, their fight for their fatherland unrewarded. 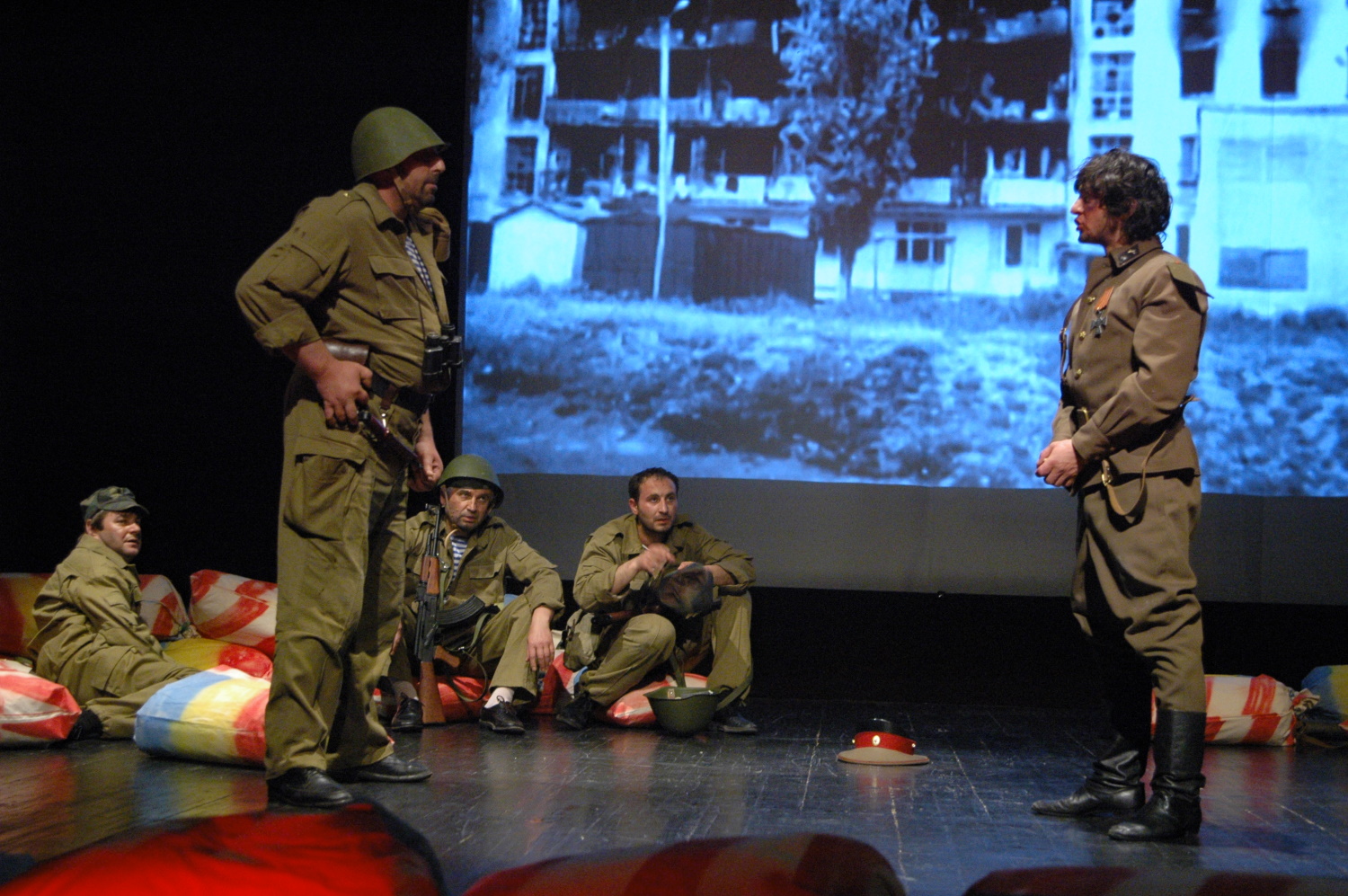 “This Country Has Forgotten About Us”, a performance by Constantin Cheianu, directed by Alexandru Grecu.
Photo source: official website of the “Satiricus” theatre: https://satiricus.md/uploads/920/602922f375e55_+DSC_8101.JPG

Also tragic is the tone of the play “The Dumb Girl Began to Speak” by Dumitru Crudu. A dramatized version, after a novella originally published in the prose anthology “The Death of a Squirrel”. This dramatic work is a parable about war and its long-term effects on people’s lives: a family destroyed by war, a wife who stays back in Bender and a husband who flees to Chișinău, the two of them forever apart. How many families now live like this?

Val Butnaru is the author of a biblical parable: “Joseph and His Mistress”. The play centers around a very vigorous character and his tragic love. The character of the fatal woman is exquisitely portrayed, as she masterfully plays her game to the very end, the game of a woman capable of destroy even a high dignitary from the pharaoh’s court. On the contrary, Nicolae Negru parodically writes about reality. “The Purple Reality” is a parody of life in Bessarabian theaters. The author captures moments from the rehearsals of the actors at a new theatrical performance, during which nothing is going really well.

Returning to the transduction of reality into theater, we need to mention another play by Constantin Cheianu: “MADE IN MOLDOVA”. This play shakes all the joints of the bone system. Because all in it is perfectly recognizable. Watching the performance of this text, we, inhabitants of the Republic of Moldova, feel that it’s about one of our acquaintances, if not about ourselves. We recognize it all – the corrupt medical system, the corrupt education system, the hypocrisy, the desire to always pretend to be different than we actually are, we recognize the indifference of parents to the needs of teenagers. And it kills, all in all.

It kills hopes and the condition of the Moldovan emigrants, who became the subject for the play “Nobody’s People” signed by Dumitru Crudu. This play continues the direction founded by Dumitru Crudu, Nicoleta Esinencu, Mihail Fusu and Luminiţa Țîcu when they were staging “The Seventh Kafana”, namely the document-theater. The text for “The Seventh Kafana” is based on testimonies of trafficked girls from the countries of the former Yugoslavia. Following the direction, Dumitru Crudu met with several emigrants who returned home, who accepted to discuss the experience of working abroad with him. All the protagonists of “Nobody’s People” have their roots in reality. Another documentary theatre piece is “Letters to Mom and Dad” written by the same Dumitru Crudu and based on texts composed by the children of Moldovan migrants, left in the care of a single parent or in of their grandparents. This text was commissioned by “Home Alone”, a project founded by Alina Țurcanu. The playwright continued with “Before and After the Run”, a text written after collecting testimonies of refugees from Iraq and Nagorno – Karabakh. 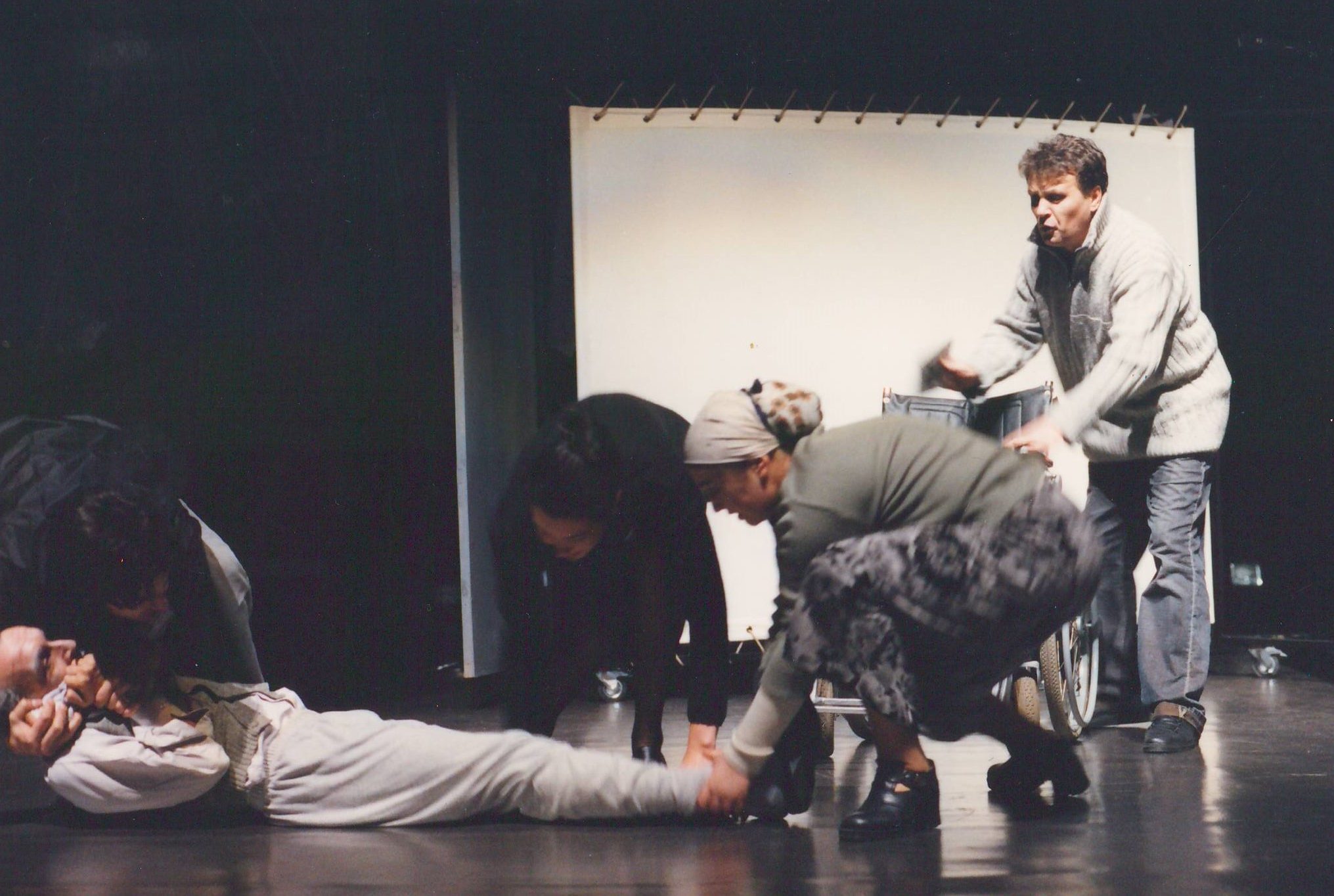 “Requiem for Bucea”, the most recent play of Dumitru Crudu, is based on poems inspired by the immediate reality of the war in Ukraine, poems by Ukrainian poets, including Boris Gumeniuk, the poet-soldier, who writes poems in the trenches, mirroring his experience on the front. The performance includes poems about this same war, signed by other poets from the Republic of Moldova and from Romania. 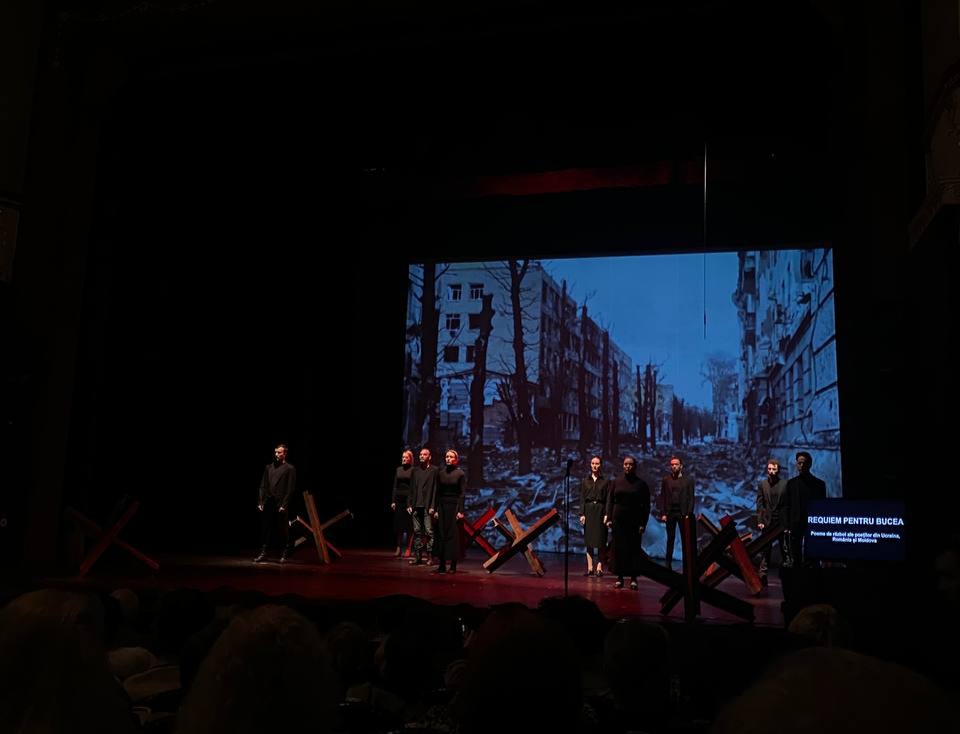 Finally, we can affirm that playwrights from the Republic of Moldova are extremely attentive and receptive to the changes taking place in the society they are part of and produce a very quick response. They never miss on either fatal love or abuse of office, either indifference of (some) doctors in state hospitals, or the emigration and the war.

They simply speak up about things, as they are.